Note: This was written before bronchitis struck on February 28th. February just reached a whole new level of suckery.

As much as I dislike the dreary March weather here in Connecticut, it’s still better than February. Now that I’m over my lung issues and my marathon issues, I’m ready to kiss February goodbye, and enjoy the upcoming NYC Half Marathon on March 17. Time to get thy butt outside!

But before I do, here are some things that I won’t miss about February: 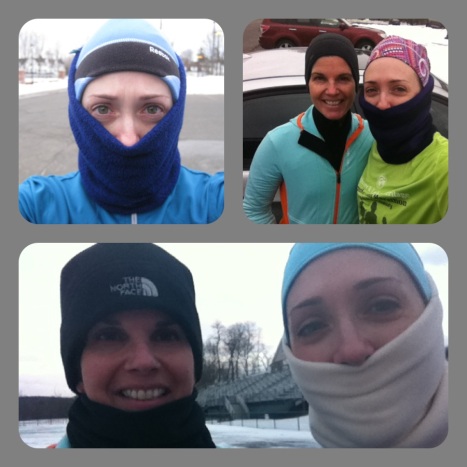 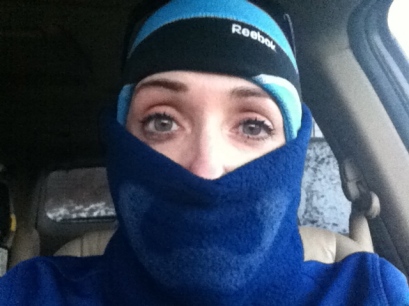 All the rage, and even sexier. 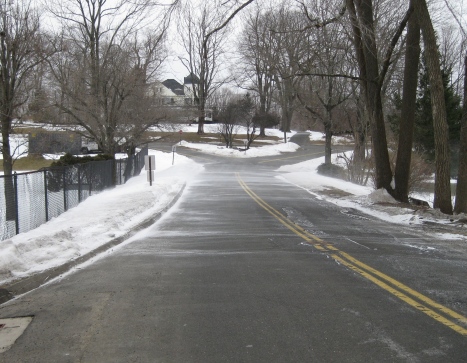 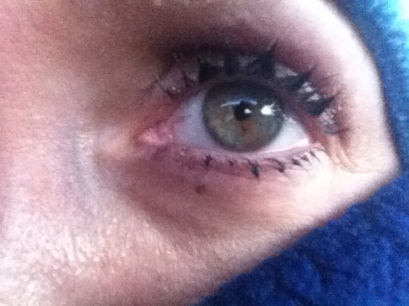 Tammy Faye, eat your heart out. 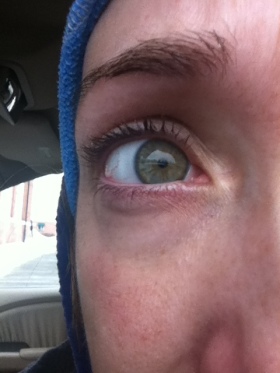 Yes, they are short, but FROZEN together. (Note to self: Groom brows before next selfie.) 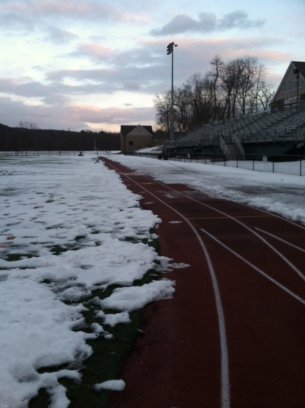 My Garmin died. Like, D-E-A-D. Less than a year old. I don’t have a photo of said dead Garmin. I tried every troubleshooting trick I could Google. Then mysteriously, 7 days later, it rose from the dead. I simply tried to plug it in one more time, and POOF! It started right back up again and has been working ever since. It was like it didn’t like February either and decided to hold a little GPS protest.

So remembering that my Garmin revived itself reminded me that February wasn’t all that bad. Here are a few redemptive affairs:

Like a true friend, Mary joined me for quite a bit of the self-torture. So did Amy, Lori, and Jen-with-one-n. Running friends, I tip my beanie to you. 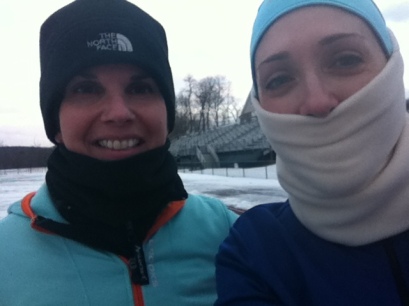 She’s more cold-hearty than I.

Hey! I got some new shoes. PURPLE SHOES. I mean, really purple! But then I got them all muddy. But still…purple! 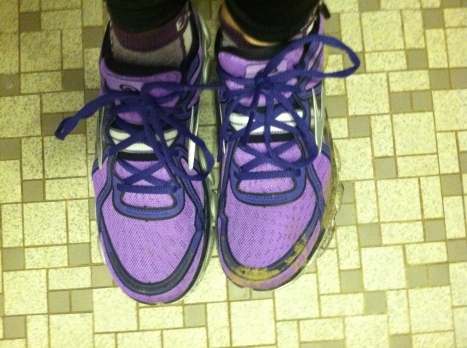 Why yes, that is original 1960 bathroom tile, and yes, it is that color. Thanks for asking.

My friend Nancy and I went to see the Broadway show The Heiress, staring Downton Abbey’s Dan Stevens.  This has nothing to do with running, but it was a bright beacon in the pit of the month, and we had to fight our way out of Blizzard Nemo to get to see the curtain rise. Actually, perhaps it is a bit like running. Achieving a goal against seemingly insurmountable, snowy odds? Ok, it’s a weak link. Throw me a bone here. 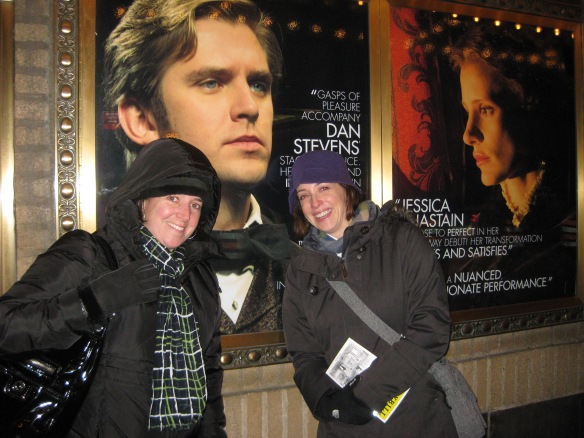 I’ve never been so happy in 15 degree weather.

So there you have it. Bring on March! And how was YOUR February, friends?